Japan's Shoichi Uchiyama is a hardcore advocate of insect cuisine. His selling point? A heavenly nutty flavor, the delicious texture of shellfish, AND high in nutritional value. 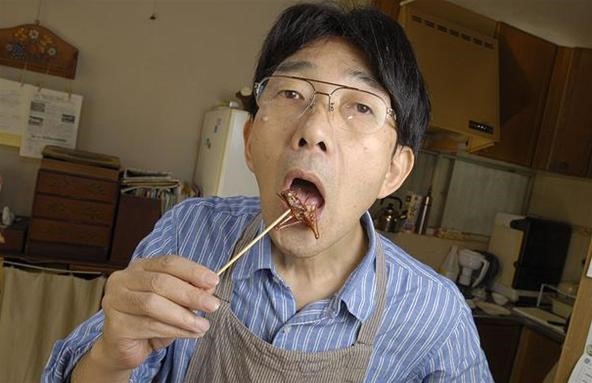 "Uchiyama traces his interest in insect cuisine to his boyhood in the northern prefecture of Nagano, where shops would sell bags of grasshoppers cooked in sake, soy sauce and sugar. Now 58, he believes insects can be the healthy and nutritious answer to the world's growing food shortages.

'In order to get 1 kg of beef, we have to raise cows on huge areas of land and give them many more kilos of fodder before they are ready to be slaughtered,' he said. 'Insects eat the things that humans don't and can be kept in much smaller spaces.'

'Most importantly, insects are very nutritionally balanced, have little fat and are the perfect food source.'" 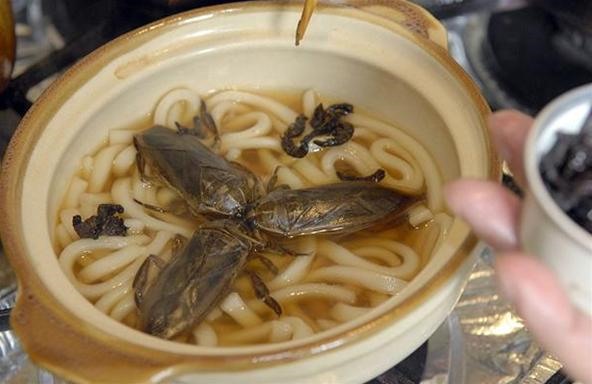 To each their own. I'm not yet converted. That udon makes me queasy.

On the off chance that you've been swayed, scroll all the way down for three of Uchiyama's simple insect recipes. 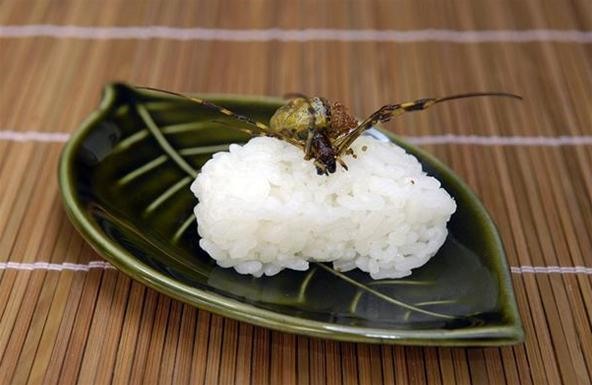 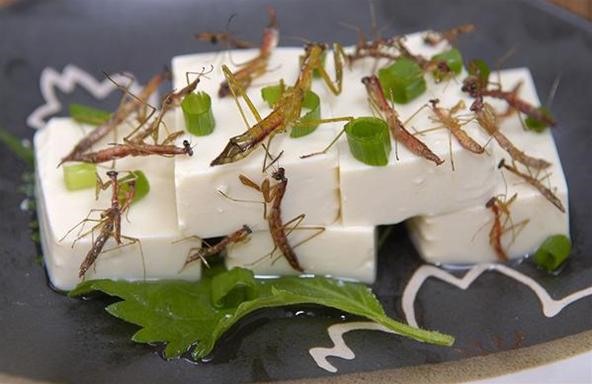 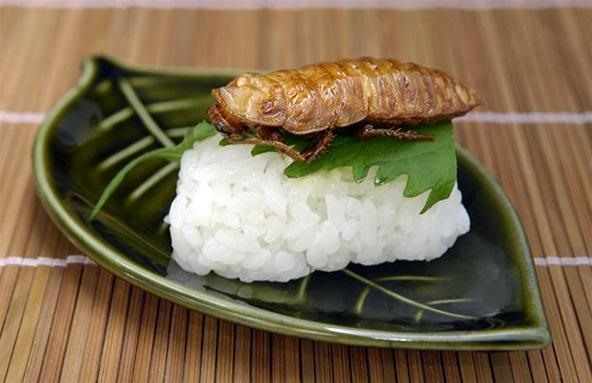 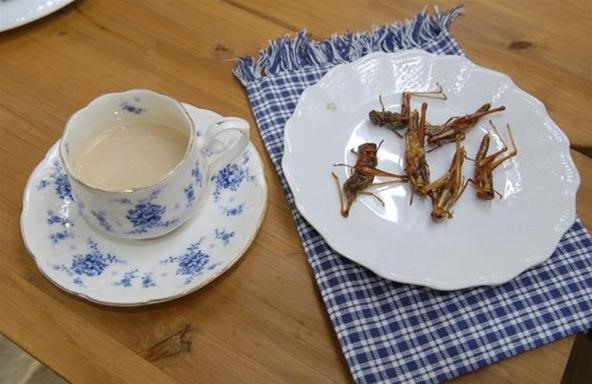 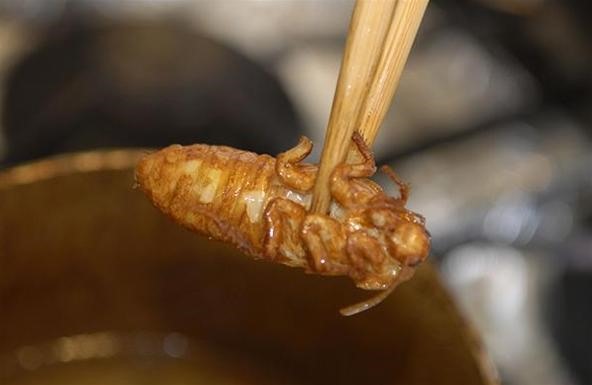 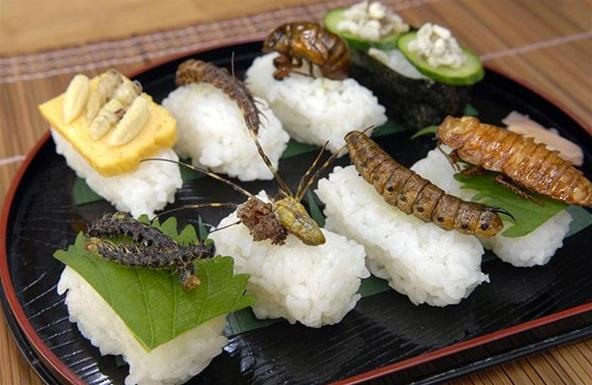 Blanch the larvae in boiling water for 30 seconds, cool them off and serve with soy sauce and wasabi (Japanese horseradish). The larvae need to be fresh and the best ones are those that you have just taken from a nest, still moving. Then they are sweet and creamy.

Cut open shell, scoop out meat and fry with butter. Replace in shell to serve on top of salad. It has no smell at all, but the texture of tender fish.

Fry at a high temperature for a very short time and serve wrapped in slices of "kamaboko" fish paste.

omg that's perfect! And here I was looking for something to snack on while watching 2 girls one cup.

Personally id rather starve, but each to their own i suppose.