Much to the chagrin of the National Wildlife Humane Society (and a long list of others), Tuscon restaurant, Boca Tacos y Tequila, will be serving African lion beginning February 16th. For $8.75, patrons can sample the second most deadly animal in the world in a taco. The Mexican restaurant specializes in exotic game; other menu selections include python, alligator, elk, kangaroo, rattlesnake, and turtle. However, the latest addition has caught restaurant owner Bryan Mazon a lot of flack. 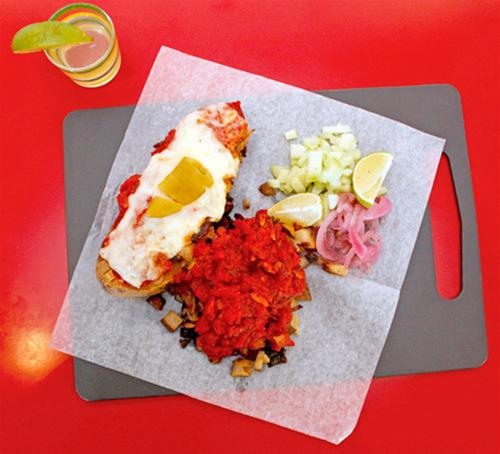 ABC news reports: "I'm getting more calls to tell me to go to hell and drop dead, but there's an interest out there," said Mazon, who has received nine orders so far for the tacos. Despite the complaints, according to the FDA, consuming lion is perfectly legal. Any game meat can be sold as long as the species isn't endangered.

Via CNN: "I'm doing the African lion to get my name out. I've never tried it myself, but this one really caught my eye."

Any press is good press, right?

If he does delivery, I'm game. (pun intended)

How could someone consume such a beautiful animal? They must be sick.

Wow how sick must you be to do something like that and people wonder why some species are endangered!!!

Yes, i want to eat this taco. I think anyone who thinks this is wrong needs to realize what we humans eat. We eat game animals all the time, whats the big deal? Just cause its a lion? That's not a good enough reason in any way.
There is no way the lion is going to become extinct from just one restaurant buying lion game meat. People have been hunting lions for decades, why would anything be different now?
The only real complaints should be heard from true Vegan's.

People are so close minded.

Yeah, definitely. I mean, people eat all other animals all the time. Plus, there are more than just lions that are beautiful animals. First, they're not being killed for fun - they're being killed to eat, just like ALL OTHER ANIMALS we eat. Can you say that a certain type of animal is more beautiful than the other? Not really, because they're all animals. If you don't like the idea, it's not like you have to eat lion meat. :|

its not the fact that people are closed minded its just that those aniamls are beautiful. Killing them for fun or sport is just wrong. yeah i can understand if they died of natural causes then maybe we'd be more open to it.

Oh, so you only believe the lion is a beautiful animal? What about the rest that we consume? Beauty is merely an opinion. As said, animals can be legally hunted so long as they're not an endangered species. Trying to mark lion off the list because of beauty is like trying to bully a kid just because they're weird looking. If you don't like the idea, then just don't eat it.

if you look @ the face book page.. lion was pulled from the menu.